Exhibition about Environmental Degradation at the Malta Society of Arts

Exhibition about Environmental Degradation at the Malta Society of Arts

Coming up this month at the Malta Society of Arts (MSA) is Time, Space… and Palmyra, which explores the topical theme of the degradation of natural landscapes and the built environment, with its social implications. The exhibition will showcase 12 water-based medium works by Henry Alamango and 15 works in a contemporary style using collage and acrylic technique by Galina Troizky. Opening on Thursday 15 September, the works will remain on display at MSA’s galleries at Palazzo de La Salle in Valletta until Friday 30 September, and in the evening of Saturday 1 October specially for Notte Bianca.

Alamango and Troizky had already developed a personal and artistic partnership through other collaborative projects in the past. Their long conversations often converged on their common concerns: primarily, the decline of the environment, urban degradation and their social implications.

“Art became an opportunity to express our concern and alarm at what is happening to the environment around us,” explain the two artists. “Our collaboration began with frequent plein-air sessions, which naturally evolved to studio work practically all year round, often with intense brainstorming and mutual criticism. We then decided to make a statement with our works through an exhibition.

“This theme was conceptualised around four years ago, but then COVID intervened. Time passed, and eventually we realised that our original intent had mushroomed in the national and international psyche,” continue Alamango and Troizky. In 2015, like the rest of the civilised world, they rightly recoiled in horror at the deliberate physical and cultural destruction by ISIS of the ancient city of Palmyra, Syria, of UNESCO World Heritage fame. “However, flashbacks to Palmyra continue to manifest themselves much closer to us. Palmyras are happening every day: in our streets, next door and elsewhere globally, and we’re now living in an economic order where material ‘growth’ is equated to ‘development’, replacing social values by monetary value,” they say.

Troizky’s contemporary art has been strongly impacted by rapid urbanisation, often accompanied by social decline, in both Moscow and Berlin, where she worked for several years. She moved to Gozo early this century, hoping to escape these negative influences. Her work makes strong statements about the downside of over-urbanisation without a social soul and the ‘invisible’ social consequences which then become apparent: loss of community, of identity, anonymity, loneliness (exacerbated by ageing populations), and the transfer of relationships to a virtual world with all its social dangers.

These beliefs are also echoed in Alamango’s works. Mostly known for his figurative art depicting the local environment in a nostalgic, often romanticised form, some of the works in this exhibition present alternative versions of idyllic locations. Intrigued by the transformation of space and habitats over time, his water-based paintings consist of ‘snapshots’ at various points in time, illustrating how a locality or a social environment has mutated over the years. A number of his works also integrate anachronistic elements, while others foreshadow an extreme urbanisation whose process has already started.

MSA President Arch. Adrian Mamo remarks that the MSA is proud to be hosting an exhibition with a strong social commentary. “Henry and Galina have created works which leave a powerful emotional impact on their viewers. The artworks summon our full attention: they make us think, and at times also weep at what our society has come to,” he says.

In conclusion, Alamango and Troizky express their desire to spark conversation: “If this exhibition serves, as a modest platform, to raise awareness and to provoke mature discussions around the themes of rural and built environments with their links to mental and social well-being, then we would have laboured for something useful beyond just pretty pictures.”

Time, Space… and Palmyra by Henry Alamango and Galina Troizky is open between Thursday 15 September and Friday 30 September, and in the evening of Saturday 1 October specially for Notte Bianca between 7pm and 11:30pm at the Malta Society of Arts in Valletta. Entrance is free. For more opening hours and details about the exhibition please visit www.artsmalta.org/events or www.facebook.com/maltasocietyofarts. 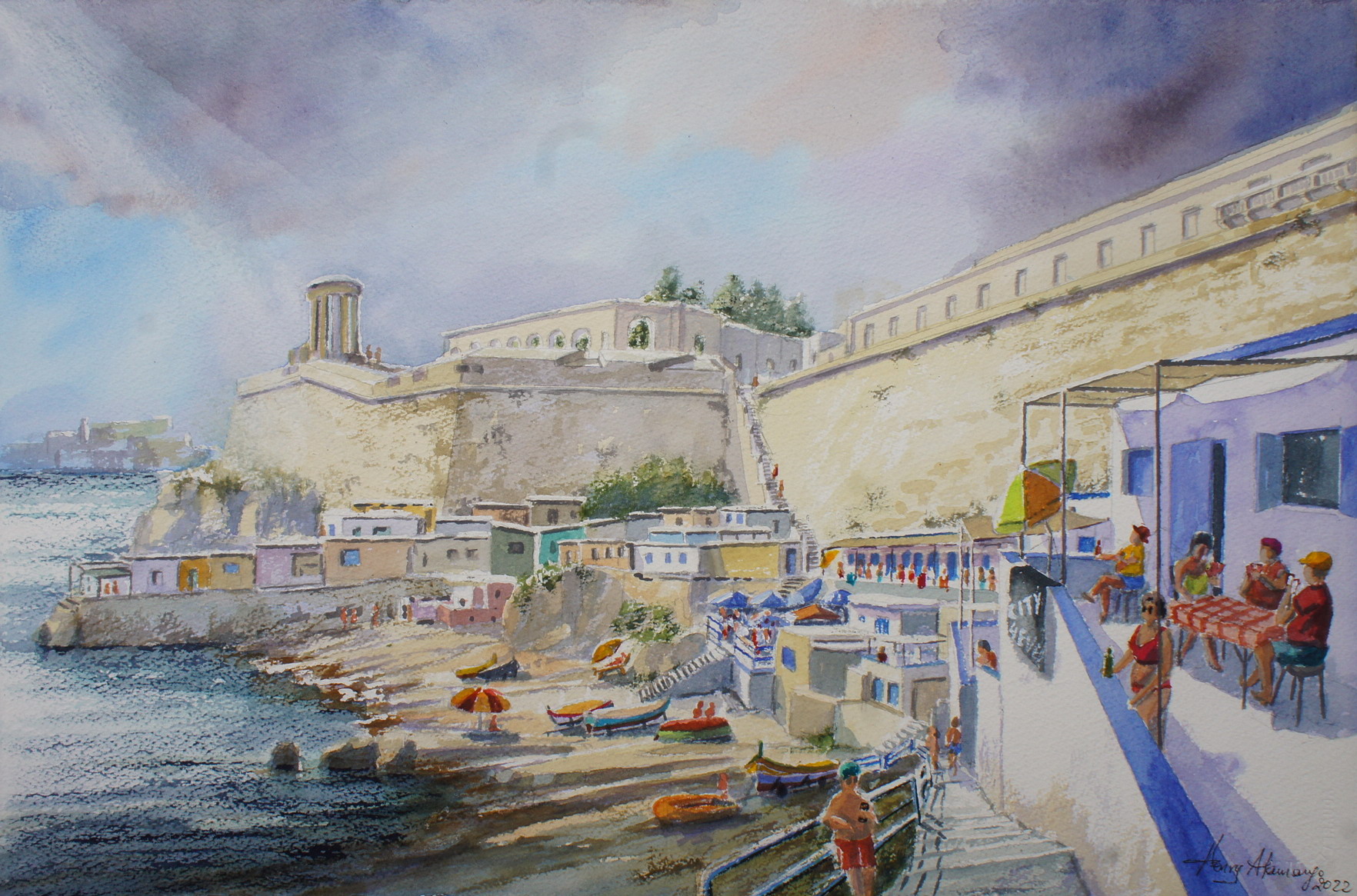 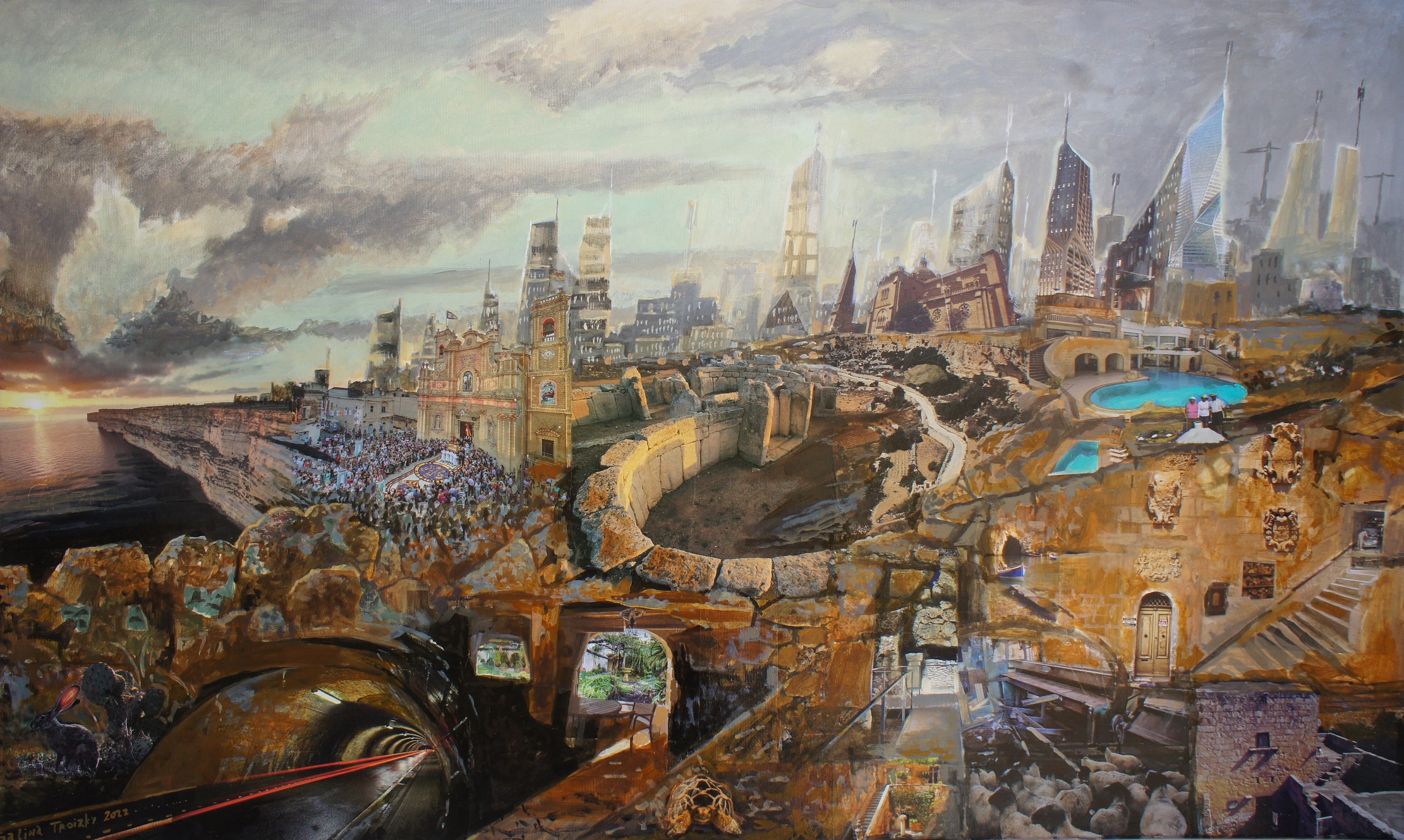 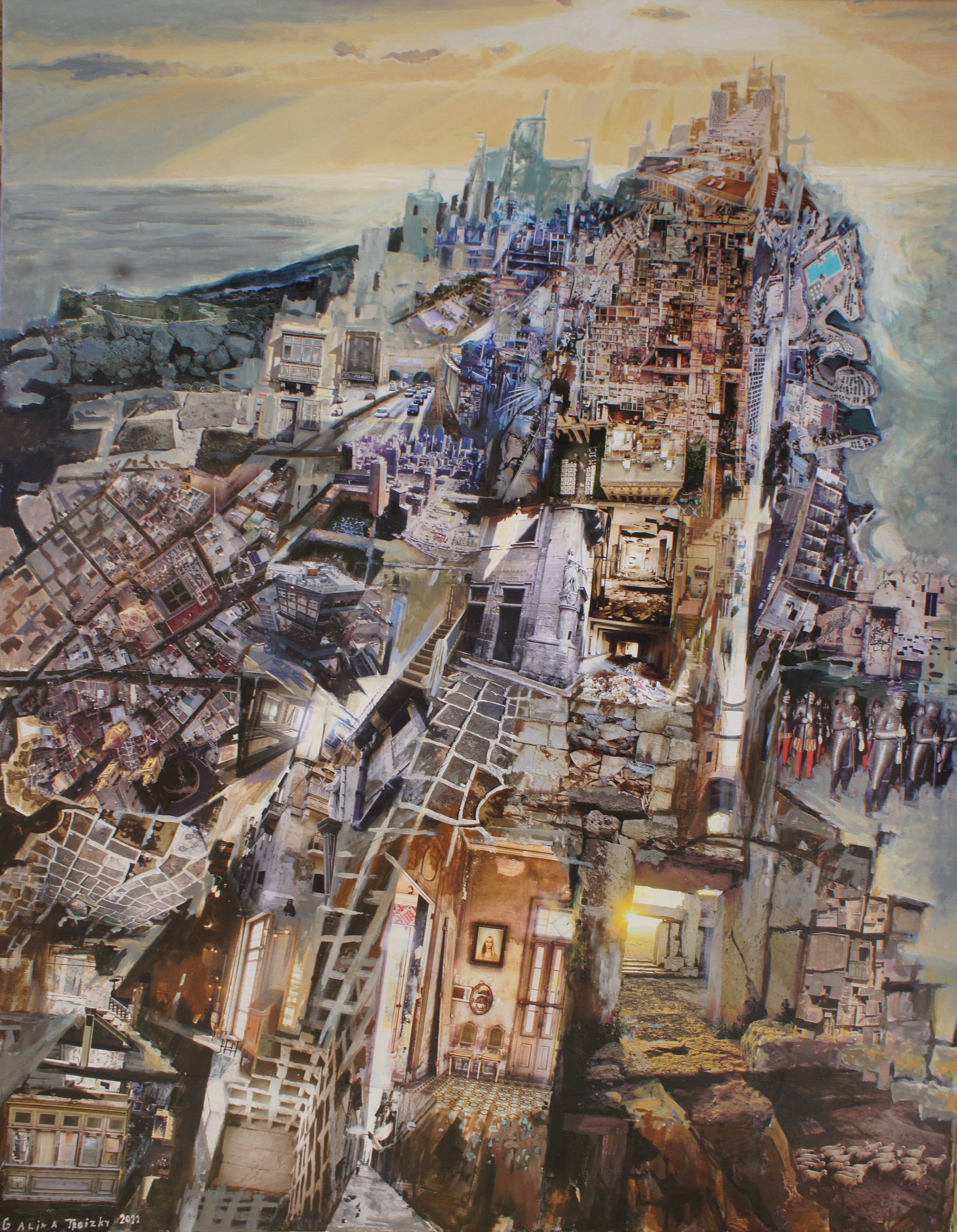 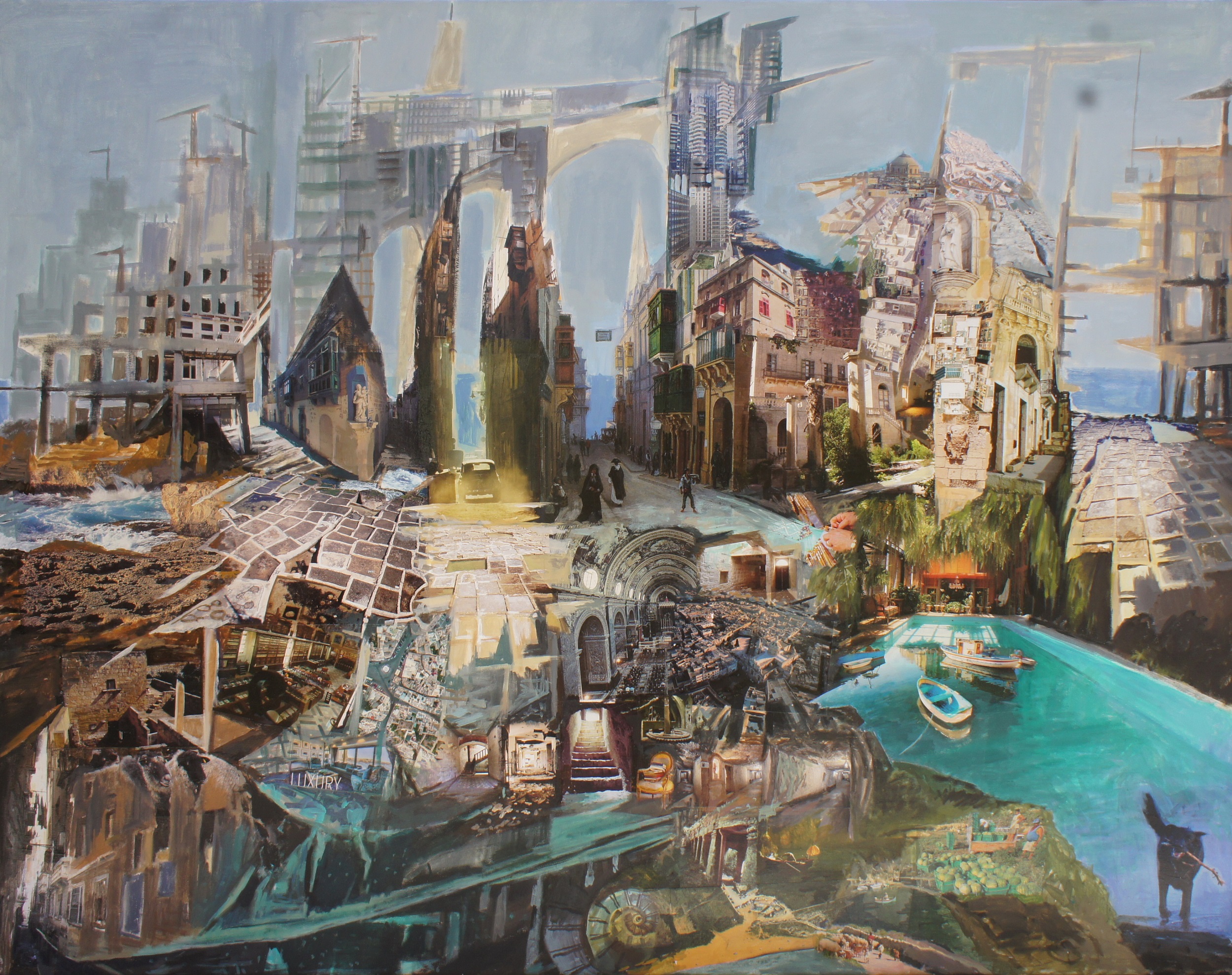 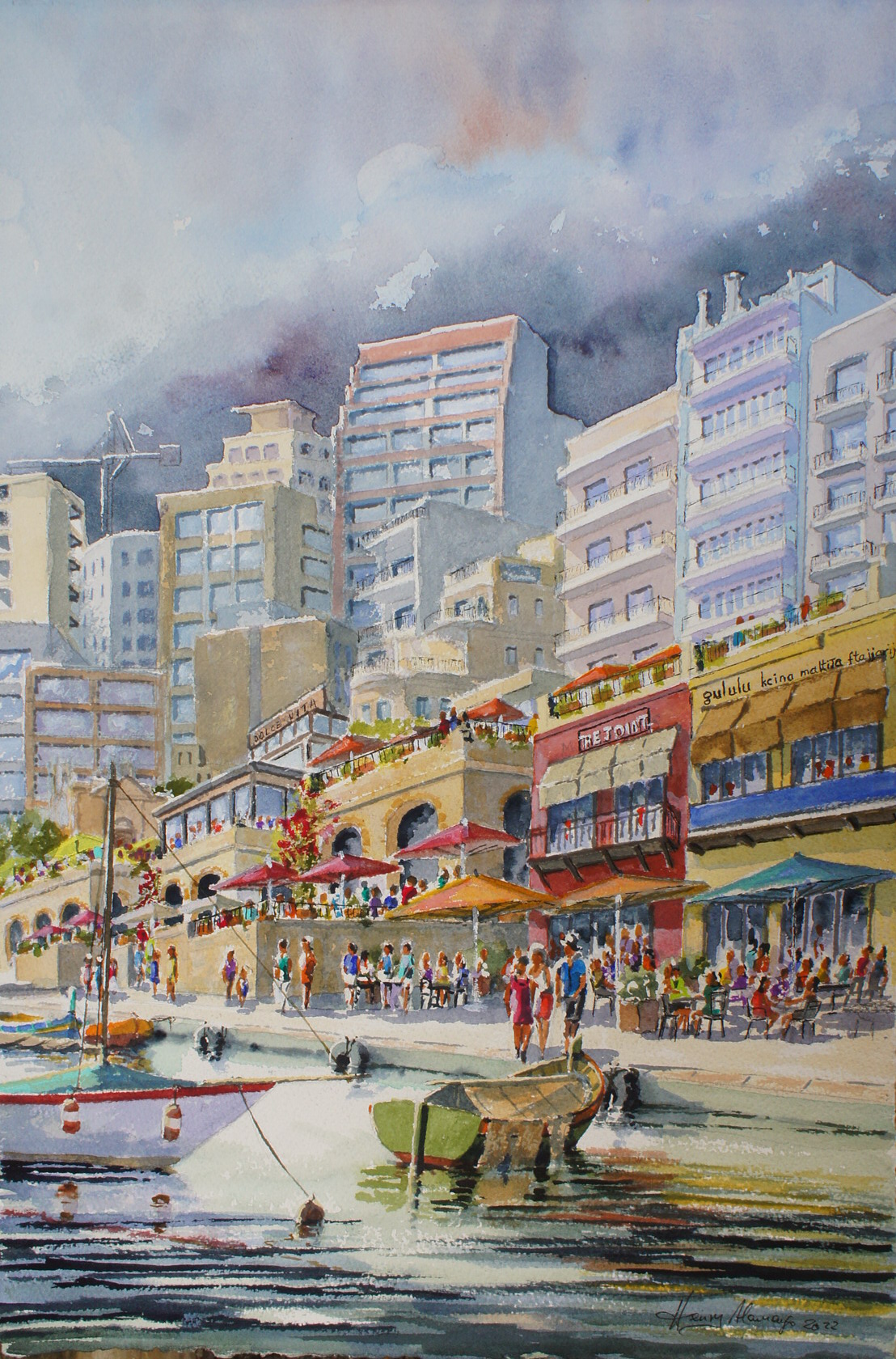