From Hollywood to Oxford: Mark Grenside to Appear at Renowned UK Literary Festival

From Hollywood to Oxford: Mark Grenside to Appear at Renowned UK Literary Festival

In an interview with BBC presenter, political commentator and former LBC radio host Matthew Stadlen, Grenside will share his inspiration for Fall Out and chat about his life and career as a thriller author, television and film producer with some of the biggest names in Hollywood, and his role as a serial entrepreneur.

Having worked in insurance – specialising in kidnap, ransom and extortion – Mark Grenside switched careers to entertainment. His eclectic career has since included working for Jim Henson and The Muppets©, creating and producing several television series, arranging the $250 million buyout of the Hallmark Channel International, and co-founding Dragonfly Biosciences and two digital companies.

Making the most of his film industry insider knowledge and meticulous research, Grenside penned Fall Out based on the true scandal of a multi-billion-dollar theft and murder. In the adrenalin-fuelled page-turner, an LA screenwriter is killed shortly after completing his latest script for a potential blockbuster movie, which echoes past events. Before his death, he sends the script to a small group of people all connected to a film that had abruptly stopped shooting years before. Producer Marcus Riley sets out on an increasingly dangerous quest to get the movie made, and, alongside the other recipients of the script, escape an assassin from the past.

“I’m really excited to learn about thriller-writing and how Mark goes about creating suspense,” says Stadlen, in anticipation of the hour-long interview on Tuesday 29 March. The FT Weekend Oxford Literary Festival 2022 is a world-class, highly anticipated literary event that brings together leading authors such as Mark Grenside as well as public figures. Held this year between Friday 25 March and Sunday 3 April, the Festival events will largely take place around Blackwell’s Marquee and Worcester College in the magnificent setting of Oxford city centre.

The Fall Out: Making Movies Shouldn’t Be Murder interview with Mark Grenside at the FT Weekend Oxford Literary Festival 2022 will take place on Tuesday 29 March at 2pm, at Bodleian: Divinity School. Tickets are available online at www.ticketsource.co.uk. More information about the FT Weekend Oxford Literary Festival 2022 can be found at www.oxfordliteraryfestival.org and about Mark Grenside at www.mngrenside.com. 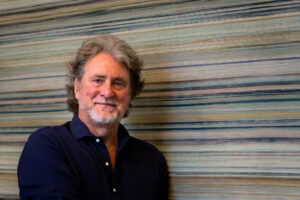