Hollywood film industry thriller Fall Out by M. N. Grenside is being relaunched with new publisher Bloodhound Books. The novel is available as a paperback, eBook and audiobook from 27th August.

Fall Out, the debut thriller from author M. N. Grenside, is being relaunched this month with new publisher Bloodhound Books. Described by the international no.1 bestselling author Damien Lewis as “a jaw-dropping rollercoaster of action and surprise”, Fall Out is an explosive novel from M. N. Grenside, steeped in the drama and politics of the Hollywood film industry.  Lewis says of the novel, “[it’s] riveting, page-turning… and best of all, it’s based upon shocking true history. A real gem.”

The novel follows the story of Marcus Riley, a producer who is among a select few to receive the screenplay for ‘Fall Out, a blockbuster written with a secret double purpose. When the film’s screenwriter is killed shortly after completing his latest script of the film, Riley finds himself on an increasingly dangerous quest to get the film made. ‘Fall Out’ exposes the truth behind a conspiracy and murder that led to a half-a-billion-dollar fortune for a select few. Teaming up with designer Melinda (Mako) de Turris, the pair work to unravel the puzzle hidden within the screenplay’s pages to unearth a shocking secret.

Based on a true scandal of a multi-billion-dollar theft and murder, Grenside imbues each page with his unique insider knowledge of the film industry in this page-turning international thriller.

M. N. Grenside, who lives in Malta with his wife Kirsten, began his working life at an insurance company specialising in Kidnap, Ransom and Extortion Insurance. At the age of 25 he decided it was time for a big career change, beginning his long and successful career in entertainment working for Jim Henson and The Muppets©. He went on to create and produce several movies, television series and mini-series and started a music management company, launching major artist Neneh Cherry. In 2004, he arranged the US $250 million buyout of the Hallmark Channel International which was then successfully sold to NBC. More recently, he has become a serial entrepreneur as the co-founder of seed-to-shelf CBD producer Dragonfly Biosciences and the founder of two different digital companies.

“It’s so exciting to be relaunching Fall Out in Malta”, shares Grenside. “COVID-19 saw the contraction of a lot of independent publishers, so it was fantastic that Bloodhound Books snapped up Fall Out. With this novel, I wanted to wrap up all the knowledge I’ve gained over the course of my career into a thriller based in the movie industry – people find the film world fascinating, so the movie industry seemed a natural setting.

“I’ve been working closely with Bloodhound Books for the relaunch and their designer has created a new and unique cover for the book which is both bold and dynamic – it really embodies the spirit of the story”.

Bloodhound Books was acquired by Open Road Integrated Media, a leading marketing technology company, in July 2021. With a passionate and knowledgeable team behind the launch, the future is bright. Grenside has revealed he has already begun writing the follow-up novel to Fall Out, entitled The Bastion, part of which he has revealed will be set in Malta.

Praise for Fall Out:

“A terrific debut thriller set in the film world, written by someone who clearly has worked in it… if you want a fast-paced, stand out, different thriller, I can’t recommend Fall Out enough. I loved it.”

“A gripping thriller twisted around an incredible piece of recent history… and an equally fun glimpse into how our industry works! A well-researched ride.”

“Fall Out is a tautly written, entertaining thriller that will keep the reader turning the pages right till the very end.”

Fall Out by M. N. Grenside is published by Bloodhound Books and will be on sale as a paperback, eBook and audiobook from 27th August. It is distributed in Malta by Miller Distributors and available from Agenda and other leading bookstores. It is also available online via Amazon. For more information about the author, visit www.mngrenside.com. 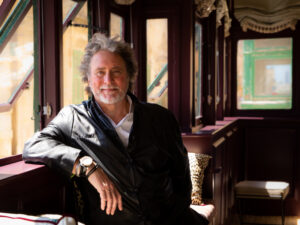