Masquerade Malta, one of Malta’s foremost theatre companies, will be staging its production of KES at Blue Box from 29 October 2021. Based on the novel A Kestrel for a Knave by English author Barry Hines, KES follows the story of Billy Casper, a teenager living in the north of England in the 1960s.

Living on an estate in a poor mining community, ‘Our Billy’ wants to break free from his difficult upbringing. Bullied by his family and fellow students, Billy finds hope and a sense of freedom in an unexpected place; through his kestrel, Kes.

The film adaptation of the novel, directed by legendary filmmaker Ken Loach, quickly sealed the story’s place as a much-loved classic. KES remains to this day a relevant and poignant coming-of-age story, reverberating down the generations with its warmth and humour.

Masquerade’s production of KES is adapted and directed by Ian Moore and stars Jayne Giordanella, Kieran Kelly, Stephen Oliver, and Alex Weenink. It forms part of the Out of the Blue project supported by Arts Council Malta and will run from 29 October to 7 November 2021.

KES opens Masquerade Malta’s upcoming theatrical season, with an eclectic range of productions planned up to the end of 2022. The theatre company’s programme includes a number of performances at Blue Box.

When This Is Over, running from 4 to 5 December 2021, is a semi-devised piece directed by Petra Sant in which young people tell the stories of their lives and the pivotal moments that transformed them. Animal Farm will be running from 28 May to 5 June 2022 and is a satire of Stalinist Russia by George Orwell, telling the story of an organised animal revolt against their human masters. This production forms part of the Out of the Blue project supported by Arts Council Malta and is directed by Ian Moore.

Also appearing at Blue Box as part of the Out of the Blue project is Betrayal, running from 21 to 30 October 2022, an Olivier-award-winning classic written by Harold Pinter in 1978. The play unfolds in reverse as a series of vignettes about a woman, her husband and her lover.

Matilda the Musical will also be coming to the stage. Running from 16 to 30 April 2022 at the Mediterranean Conference Centre, Tim Minchin’s critically acclaimed and multi-award-winning musical follows the story of Roald Dahl’s book-loving Matilda, a supremely intelligent schoolgirl with extraordinary powers.

“It’s fantastic to be inviting audiences back to the theatre,” says Anthony Bezzina, Masquerade’s Artistic Director and Matilda the Musical’s director. “We’re really excited about our upcoming programme of productions. Our mission at Masquerade is to engage, inspire and entertain and, with such a diverse selection of shows with immensely talented casts and production teams, there’s something for everyone.”

Tickets for KES range from €10 – €20 and seating is limited to 100 audience members per night. To book tickets, and for further information about Masquerade’s forthcoming season visit: www.masquerademalta.com/. 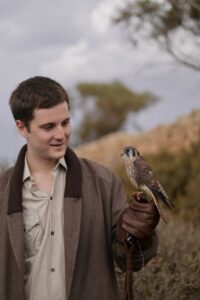